the substitution of a mild, indirect, or vague expression for one thought to be offensive, harsh, or blunt.
2.

the expression so substituted: “To pass away” is a euphemism for “to die.” or perhaps the following:

I don't want the tote bag. Who the hell wants the TOTE BAG!?! The tote bag is the "thanks for showing up prize." No thank you sir. The last guy I saw that had a tote bag ,in public, was carrying a little dog in it. And I think he was French as well.

I'm too good for that. You keep your damn tote bag, but know this, by not accepting said tote bag, I leave here a better person none the less.

I know I'm taking a chance. It's free, and someday I might need an extra bag to put things in. The future is uncertain and who knows what I may acquire down the road that would warrant such a tote bag.

I've realized these free tote bags are getting smaller. It would be smart ,on the part of the tote bag manufacturers, to at least make them big enough to hold something significant, at least big enough to carry an infant.

Don't think I don't know the potential of a tote bag. I know the tote and how to use it. When I was a child I had a tote bag with pictures of frogs on it. I must admit, it was nice and it kept the pine cones and dirt, I placed in it, safe and secure.

I also transported a stolen frozen turkey via tote bag. See when you buy a smoker it doesn't come with meat. Also, the budget for meat does suffer when you realize you have to buy wood. With minimal wiggle room, I knew a tote bag was the tool for the job. A 14 lb. turkey under your shirt is stupid, a 14 lb. turkey in a tote bag is business savvy.

I wonder if tote bags have ever killed someone, because I felt pretty damn powerful with a turkey in a tote bag. I'm not a violent person, but if shit got crazy, I'm not above a spinning-turkey-in-a-tote-bag Helicopter Attack. Damn, that'd be cold-blooded.

Look at me, all these great memories about tote bags. Boy, I sure sounded like a goofy goof a few moments ago. Who wants a tote bag? Let me tell you who wants a tote bag, me. I do want a tote bag. Because its free and the world holds limitless things that I may put in it. Such as bees, yard clippings or wet cement.
No comments:

The Russ Martin Show will return to the air in about a week. A yelling match started between Russ and an unnamed black male and a scuffle ensued. The reason for the altercation is still under investigation. The time off-air is a self-mandated punishment imposed by his employer. More details to come.


Update: The location of the altercation took place at Cool River in Irving Texas. Employees broke up the fight and Russ left. The other participant in the fight is thought to be ex-Dallas Cowboy Micheal Irvin. As Russ left the scene, Irvin followed him to the Golden Corral restaurant located on Belt line Road also in Irving. As Russ got out of his car Irvin confronted him again and police were called to control the situation. There were no serious injuries.


Update: An unconfirmed rumor claims the television show COPS was present during the entire altercation. The existence of the video isn't in question, but it's availability to the public is far from certain. Both camps are expected to not decline their rights to anonymity. As it stands they can still show it, but it must be fully censored. The network is expected to make an offer to both parties.


Uptaint 9/26/2011 : This was a joke that snow-balled out of control. Most folks read it and deemed it ridiculous, yet still spread the rumor. Over the past few days my audience bloomed into the thousands and it was pretty cool.


Russ and the crew pulled some great pranks over the years and I'm certain most of his gun-shy listeners wear high-fidelity bullshit filters. I didn't fool anyone. Either way, hearing my stupid story read on The Russ Martin Show today was sweet.


They were right about almost everything. The blog did get posted on radio forums by people desperate to appear interesting to folks that matter less than they do. I only linked to Facebook to screw with my friends and fellow listeners.


We must all strive to "make the stupid" as we stumble through our day like narcotized Grand Canyon Donkeys following the ass in front of us.

On This Day Tupac Died... 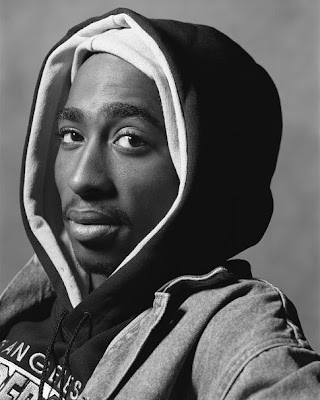 ...ironically, it's also Tyler Perry's birthday. I wish the names were transposed in the previous sentence.

Genius dies and a transvestite hack is born. The world is unfair.
No comments:

A Walk to Remember