Who the hell gave my name to the Scientology folks? 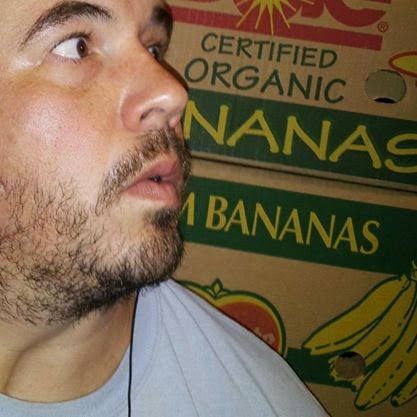 Here's my response to the form letter and book they sent me:

This planet sucks. Get me out of here. I wanted to grow up to be a caveman and it never happened.

Then one time I was tricked into thinking I was going to a Metallica concert and it ended up being a cockfight. A man with a glass eye burned me with a cigarette and stroked my hair.

I went ahead and returned your book Dianetics. I think I already tried that diet a few years ago. All it did was make me hate bananas and have diarrhea all the time. (This attached picture demonstrates my aversion to bananas.)

Love ya, mean it,

Mateo﻿
P.S. - If you want to send me anymore literature a Batman graphic novel would be much appreciated.
No comments:

Just the other day a lady at work got an automated phone call from her daughter's school proclaiming her child was safe and not to worry about the girl trying to stab random people in the halls.

All these stupid high school chicks and their crazy Slender Man Cults. When did bulimia and cutting yourself go out of style? That worked pretty well in garnering undeserved compassion and attention when I was in High School.

Also, when you plan to stab someone 19 times everyone thinks you're a jerk. What's the pay-off? Instead of a fake cult that doesn't exist how about a real one? There's plenty of established cults in your area that would love to add you to their nutty roster and you don't have to kill anyone. I think the The Branch Davidians and Scientologists even offer a 401K with membership. If they match more than 50% I might join.

Maybe I'm missing something. Perhaps the current members of this cult are hella-cool and you get an i-Phone 6 post homicide. Either way, I bet you're stuck in a 2 year contract. Instead of stabbing people, why not go to a flea market and buy a 2 year old, hacked Galaxy 3 for $60 and be amazed at what Apple considers cutting edge. I think I got off topic, but seriously, the new i-Phones will bend in your pocket. Look it up, it's the dumbest thing since high school chicks killing each other out of boredom.

Now Slander Man, that's a character. A dude that just goes around talking shit about people. Who am I kidding, that's me and every human on the face of the planet. Slander Man can appear at work, family reunions and holiday functions. Armed with the super-human ability to cause the fat lady co-worker to cry, making memaw disappointed in you and the reason the Jewish person left the Christmas Party early. IT'S A JERK! IT'S A BIGOT! NO, IT'S SLANDER MAN!!!
No comments:

I asked the dolphin...

...if the murder was premeditated. He ended up admitting it was on porpoise. 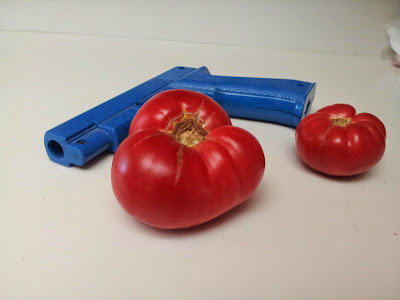