If you are reading this the world must of ended. Either you're an alien-being colonizing the charred remains of our planet, a mutant-zombie or I'm your ancestor. We sort of scoffed at the whole Aztec calendar thing. Honestly, we were too busy and their attire was too ridiculous for us to take them seriously. As a general rule ,we humans, are a reactionary species that tends to be a bit self involved.

The planet Earth was an okay place when we were alive. Some us did great things. We cured diseases, built things beyond our own comprehension and we were the master of all species. We even enslaved each other at different times in our history. It was an effective way to get things done, but not practical. Slaves always seem to get pissed and revolt.

Sometimes we killed each other, sometimes we loved one another and the rest of the time we watched reality TV shows. TV is short for television. We used it for entertainment and to dilute our minds. Which reminds me, if you see any relics from our culture with the words "Jersey Shore" on it, feel free to burn it for warmth.

We also had a lot of gods we prayed to for salvation and enlightenment. Then we would fight over who was right. Some people even felt there wasn't a celestial plain, they merely existed. Needless to say there was friction between the factions. Do your best to get everyone on the same page. It will speed up the progress of your fledgling civilization greatly.

Whatever you see is your's I guess. It really doesn't matter who's is what anymore. Do your best to keep that thought in mind. Our culture often got caught up in territorial pissing matches over the dirt your standing on and everything that had any conceivable value. We loved to act smart and take pride in our ignorance.

The other thing you should know about us is we were the best and worst species on this planet. For every great conquest a thousand atrocities followed. A great deal of the bad things just happened, others we knowingly caused. It's not an admission of guilt just a statement of fact.

There's something else you should know. I'd recommend using whatever advanced technologies you might have to cure what our kind referred to as "Cancer." It killed us from the beginning of time till the end of our present.

Other than that, here's the keys to what's left of our planet. Armed with this knowledge you should be able to build a utopia. Of course, I'm dead so you'll probably ignore my warnings. I know that's what I'd do.

So with that said, I pass on to you the arrogance my generation left me. Sometimes it will get you into trouble, sometimes it will make you look foolish and on rare occasions it's the only thing that matters. When arrogance worked in your favor we called it "pride."

We were kings of our world, but we willingly retarded our progress. Nothing we did was totally perfect, but we did it our way. Fail to plan, plan to fail I guess.
No comments:

Thanksgiving and the Missing Deer Testicle

Respect and love keep you steadfast like an old dog tied to the porch. The story involves a person you've never met, yet it's critical you know the name of the man that grew the biggest watermelons in Lampasas county. In the distance you can hear another conversation between a toddler and another elder about the financial benefits of purchasing the generic version of Lipitor.

Despite your efforts to eat healthy over the past few years, you're wrong. The decision to not eat trans-fats means nothing. You often wonder if between baking margarine-laden treats, members of the family moonlight as drug dealers. They even talk like a pusher, "If you just try it once I know you'll like it." All they see is a harmless little cookie. I see a synthetic polymer that causes the hardening of arteries.
Of course, if you let them know about your fear of high blood pressure, that opens another door. In some cases you might see some of the extended family only a few times a year and that time is spent talking ,in depth, about hypertension. They don't want to prevent it or listen to your theory on Spam being worse than cigarettes. They just want to talk about anything to anyone. It's better just to nod up and down.

The oddest part of the whole day is supervising the television. For most folks the selected background noise is either a parade or a football game. Then one of the olds grabs the controller to watch the weather channel and ends up on the Maury Show. As I hear bleeping and a discussion about adultery I walk in to see all the old folks looking at the TV with judgmental faces.. " We were looking for the weather channel and "your" TV landed on this channel," says an aunt in an accusatory manner.

As the announcement is made that the feast is ready, the children's discussion on "What is a Lipitor?" ceases. The young and old migrate to the chow line. The big moment is upon us and all the generations are finally on the same page.

All the food is assembled into breathtaking entrees. The turkey, the stuffing and something that you mistook for a centerpiece is now on the menu. "Sure I'd like some of...uh...that," you say, as a giant spoon is pointed at you like a weapon.

As the first few bites are taken, the compliments flutter about. All the hard work of the chefs comes full circle as they are showered with accolades. Then, like a sniper with a perfectly aimed bullet, one family member will ask why there isn't any marshmallows on the sweet potatoes and the love-fest is over.

﻿
The next 4o seconds of awkward silence is all the peace and quiet you're going to get all day. Cherish it. Then wait for the next comment to break the tension. It will be random. It will be awesome. "That buck I tagged this year only had one testicle," says one uncle. Yeah, there you go. 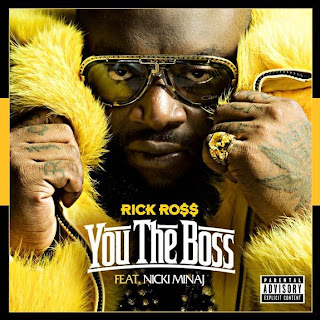 Hi, my name is Rick Ross. I have a cell a phone. I use it to sell drugs. I talk about breaking and entering properties illegally. I realize I'm far too obese to even climb through a window.

Thanks again for recognizing I wear red bottom shoes. I poop a lot and it takes a whole bar of Dove soap to clean me.

I am very gansta and I make a great deal of money illegally. Then I tell millions how I do it. I once had a seizure like an inbred tea-cup poodle on an airplane.

I also like to promote drugging people and molesting them while they sleep. In my mind the difference between rap and rape is just one letter.

It hurts when I go number two. My booty is mad at me 'cause I go boom-boom too much.

Please continue to mortgage what remains of your life as you purchase what I call music. I will take your money and buy things I don't need. I hope to buy enough things to fill the hole in my soul where the talent used to be. I'd like to remind everyone that I have a cell phone and shoes with red bottoms.

P.S. - I desperately need to be milked. Please embrace me from behind and cup my melons. You may keep the salty excretion as a souvenir. Try me in coffee or as a substitute for buttermilk when you make biscuits.
No comments: 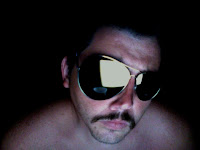 Tuesday night the sky filled with the smell of burnt rubber and wigs. The wind swept the undeniable smell all about. The town folk rushed to the scene hoping to lend aid. For you see, everyone in the town already knew the accident would be messy.
The clowns left town around 9:30 in the morning. They were leaving Manitoba Canada to get to a gig in Salem Mass. So they packed up their GEO Metro and began the journey. This was their passion and profession.
The group of 4 clowns never made it. They're plush rubbery clown noses were their down fall. Not a single one could smell the danger. A pickle bucket full of gasoline lay in wait in the back of the hatchback. Needless to say, this wasn't an accident. It was murder. The assailant knew these clowns were chain-smokers. It was only a matter of time.
Four clowns dead. As Molesto "The Scary Clown" lit his cig the whole car erupted in flames. These clowns were stars, now they were "literally" stars. Like mini-supernovas with flaming appendages covered in melting rubber hoping for death, none of the deaths were quick.
As the gathered mass watched on, they all began to smile. Then to laugh out loud. They knew the clowns would want it that way. To go out with a laugh.
Of course the other half of the town was laughing because these clowns , a staple of the community for years, were bad. The other group of people were members of a generation of adults that had been repeatedly fondled by the clowns at an early age. The memory remains and now Karma and perhaps vengeance has taken over.
So the moral of the story is, if a clown dies just think of them as a child molester. It's just easier on you.
No comments: