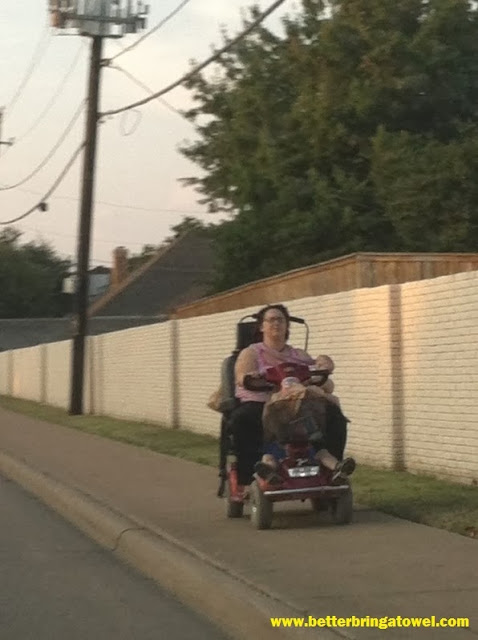 How to Punch a Sleeping Person in 10 Easy Steps

1. Wait for the victim to fall asleep. Take advantage of this downtime to perfect your yo-yo skills. You don't like my suggestion? Then just sit there with a dumb look on your face. I don't care. I was merely throwing out an idea to pass the time. 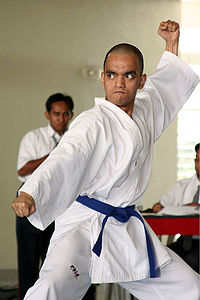 2. If you think the victim is sleeping, wait one more hour just to be sure. (A hunter's greatest weapon is patience.) I bet you wish you had a yo-yo right about now. It's too late. Just sit there and soak in the boredom. This whole fiasco of inactivity is your fault.

3. Before entering, inspect the area around the victim. If you've done this before the victim may have set booby traps. It's also time to stop playing with the yo-yo and place it back into your fanny pack. 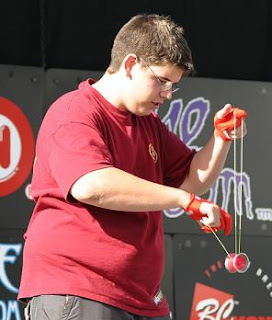 4. Now that your recon mission is complete it's time to put on your Karate Gi. Practice your move on the vacuum cleaner. Being perfect never hurt anyone.

7. Get yourself in the right emotional state to throw a proper punch. It takes the average human a "ramping up" process to reach a point where they can attack a defenseless human.


8. Enter the room as if you were a cat. I like to dress the part. If you get caught before the attack, take full advantage of the insanity angle. A man lurking in the dark wearing a Karate Gi/Cat costume should be able to illicit a great deal of pity from the victim.


9. Stand bed-side with a strong pimp hand or a wife beating fist. Keep telling yourself you're coming from a place of love and concern. Be like Ike, but draw the line at O.J. 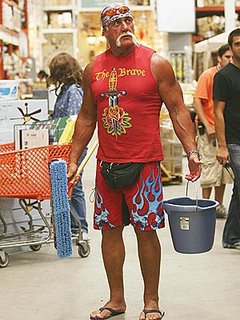 10. Punch, then become a ghost.
Retreat to a neutral
area. Quickly retrieve the yo-yo from your fanny pack. Then, if the roommate confronts you, say "What's up man? I've been out here practicing my yo-yo skills ,"(as you do the "around the world" trick.)  Your perceived mastery and increased skill will aid in your alibi. If you still don't have a yo-yo by now, not planning is planning to fail the way I see it.

A Moment with Hurley

There's No Drama in Tacos

The Bureau of Labor Statistics' National Census of Fatal Occupational Injuries shows that there were a total of 4,383 fatal injuries on the job in the U.S. in 2012. But more importantly, my TV told me catching King Crab is one of the most dangerous jobs of them all.
Think about that, there are people out there risking their lives to ensure we get to eat crab legs. I suppose that's why it costs more than most of the other entrées on the menu. I realize high compensation helps offset the risks, but someone still potentially died for the food sitting on the table before you. Doesn't that seem ridiculous?


﻿﻿
I don't remember the last time anyone died preparing my combo plate at a Mexican restaurant. "Oh, one of the line cooks has a terminal disease," said the waiter. "Nope, not good enough. I want him trampled by the beast that will become my carne asada," proclaimed the diner.
﻿
﻿
Therefore, because of price and prestige, I would like to know how many people died in the preparation of my meal. I think it's the least we can do for the deceased.
"Sir, here is your King Crab platter with extreme stuffed potato skins. A man named Jeremy fell overboard into the chilly Alaskan waters. He was overcome by hypothermia and his body now resides at the bottom of the Bearing Sea. This meal before you is more than delicious, but also a monument to a man," said the waiter. "Splendid, where is my side of ranch?" I reply.

There were 32 fatalities in the Crabbing/Fishing industry in 2012. That number remains constant and only slightly fluctuates from year to year.﻿﻿﻿﻿﻿
Maybe other restaurants need to "up their game." I keep going back to the fact that there needs to be more peril associated with Mexican food. I just don't see any way to add danger to taco preparation. I think the only way to increase the risk factor is for Mexican restaurants to unite with the sellers of King Crab.

Most of the time when things join forces the result is pretty good. Like, when those homeless kids put their rings together to summon Captain Planet. I think On The Border and Red Lobster should join forces.

I can hear the commercial now:
VO: "At On the Lobster you get quality Tex-Mex and a side of danger with every entrée! While you wait for your crab legs and beans, enjoy our complimentary Shrimps n' Salsa!
No comments: 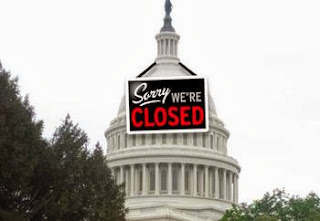 I never thought I'd live in a world where my credit score is better than my government's. In the real world when you give someone enough rope they'll eventually hang themselves. They either come to a realization, live a life of squalor or die. Sadly, in the current political fantasy/reality, the above options don't exist. Therefore, we must blame ourselves. When we elect lawyers and members of tainted legacies to office and they screw us over let's quit acting surprised. Perhaps take a chance and vote for the kook, the mad genius or the new guy instead of an incumbent with self-preservation being the only focus of their agenda.Honestly, what's the worst that could happen? The aliens that will survey our charred remains will be more interested in the time we wasted on our pointless territorial pissing matches and religious debate, over our elected officials' actions. "In the future great political debate will occur on social media...and absolutely nothing will be achieved. I tell you what, this interweb thing is gonna be huge." - Thomas Jefferson
No comments: