Papa John Steals Pizza from Himself 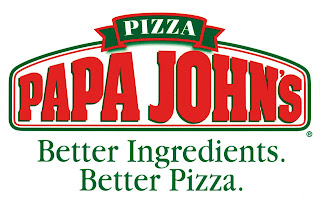 I just saw one of the new Papa John's Pizza TV ads and I'm amazed at its mediocrity. Right from the start, I know bitching about it on the interweb is exactly what they want, I just can't let it slide. It just doesn't make any damn sense. 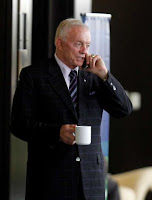 Why the hell would the owner of Papa John's wear a mask to impersonate Jerry Jones and steal his pizza? The black guy makes sense, but Jerry is his business partner. Once more, he's stealing money out of his own pocket and making one of his employees look bad.

Now Jerry's super pissed and wants the pizza dude fired. Then while the pizza dude's job hangs in the balance, Papa John is hiding in the dark whispering the company slogan into a camera. 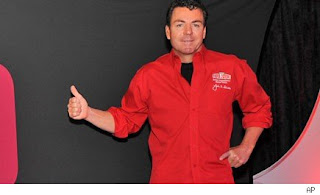 I called a Papa John's and tried to do an interview, but the employee wouldn't submit to the use of her voice on BBaT.com. Anonymously she would confirm that the commercial made little to no sense and raised another question that holds some water. Why would a millionaire commit a B and E (breaking and entering) himself when he could hire someone to do it for him? Good point.

Remember the good'ol days when Jerry was a rapper and the world made sense?