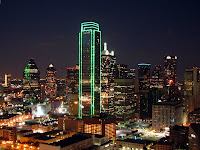 Suicide pacts are funny. According to the first sentence of the Wikipedia "suicide pact" entry: A suicide pact describes the suicides of two or more individuals in an agreed-upon plan.

Not to be confused with the super-sheep that take part in mass suicides such as the Heaven's Gate Cult. Nope, instead of following the ass in front of you into the slaughterhouse, this is more along the lines of wearing matching jerseys to a sporting event. Baaaaa, let's all kill ourselves.

Shakespeare's most well-known play, I think it's called Rockafaldo and Juliet, made suicide pacts seem cool. Instead of just sneaking off to live their lives together in infinite bliss, they offed each other with poison. I guess that's neat. When I had to read it in school I always thought to myself, "So I can't wear a shirt that says FART on it, but I can read stories about self-inflicted death over a skank. That's super."

I've always wondered, how much planning goes into these life-ending decisions. Do people make a note on a calendar or is it more like shoplifting a candy bar, you know do it quick before you wimp out.

I guess there has to be a note or some sort of statement of fact that confirms the joint decision. Most importantly, if it is a "save-the-date" sort of thing, how many get canceled or postponed indefinitely because of weather, fear and laziness? 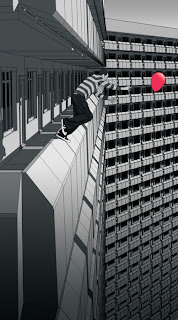 Another thing that bothers me is ,in most cases, these couples, troubled triads and like-minded people love each other. What? I don't want someone I love to die, I want some jerk to die. I'd only join a suici-pact if the following people were on the list with me: Jay Leno, The Aflac Duck, Charles Manson, Bruno Mars, Lebron James, Any religious TV Evangelist or any run of the mill child molester.

I'd clean house and be known as a the world's best janitor. A real martyr the public could get behind, not just some foreigner from a loser country with an agenda that only makes sense to him and a deity that doesn't exist. I'd be, dare I say...(dramatic pause)... a hero.

Look for a letter in the mail if I hate you. It'll be a brochure with sweet colors, pics and convincing points why you should join me in jumping off the top of Bank of America Plaza aka The Big Green Pickle in downtown Dallas.

I'm pretty sure I can make this happen. My skills in persuasion can only be rivaled by my tedious deidication to the logistics it will take to complete the mission. See you jerks at "The Pickle"...(yet another dramatic pause)...soon.